January 28, 1807, Pall Mall was lighted with gas, – the first street of any city so illuminated. The idea of using carburetted hydrogen gas for purposes of illumination first occurred to Mr William Murdoch, a native of Ayrshire, holding a position of trust at the mines of Redruth, in Cornwall. He made his first experiments in 1792, at Redruth. Removing in 1798 to the machine-making establishment of Messrs Watt and Boulton, at Birmingham, he there followed up his experiments, and succeeded in lighting up the buildings with gas for the celebration of the Peace of Amiens. He also fitted up the works of Philips and Lee, at Manchester, with gas-lights in 1805, and there fully proved the economical value of the scheme. Murdoch was a man of sagacious and accurate understanding, worthy to be associated with his countryman Watt. A portrait of him is preserved in the hall of the Royal Society of Edinburgh. 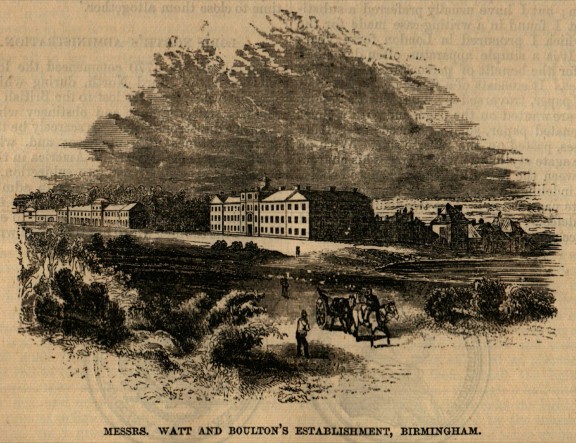 The merit of bringing gas-light into use in London belongs to a German named Winser, a man of an opposite type of intellect to Murdoch, yet having the virtue of perseverance. In the pamphlets issued by this person for the promotion of gas-lighting schemes and companies, there was such extravagance, quackery, and fanaticism, as tended to retard their success. Sir Walter Scott wrote from London that there was a madman proposing to light London with – what do you think? – why, with smoke!

When we consider that gas-light has since been extended all over London, over nearly every town of above a thousand inhabitants in the empire, and pretty generally throughout the towns of both Europe and America, producing a marvellous saving in the expense of artificial light, it becomes curious to observe the great hesitation expressed in the scientific and popular literature of 1808-9 regarding the possibility of applying it economically to general use. The reader will readily find the expression of contemporary public opinion on the subject in a paper in the Edinburgh Review for January 1809, written by James Pillans, afterwards professor of Latin (1820-1863) in the University of Edinburgh.

Gas-lighting had a ridiculous objection to contend with, worthy to be ranked with that which insisted for years, without experiment, that the wheels of steam locomotives would go on whirling without creating any forward movement. It was generally assumed that the pipes conveying gas would be hot, and apt to produce conflagrations. People used to touch them cautiously with their hands, under the belief that a careless touch would burn them. The lamp-lighters, to a man, were opposed to the new mode of lighting.

Under our first Stuart kings, the court fools revived in dignity. They were allowed serving-men to wait upon them, and some of these were pensioned for their good services. The author of Letters from the Mountains states that in some Scottish families of the olden time, down to the present century, was often to be found an individual who united in himself the offices of gamekeeper and warlock or wizard, and that in the latter capacity he in some degree resembled the court or household jester. There was a stranger combination than this in the person of the famous Archie Armstrong, official fool to James [VI.] and his son Charles. Archie was a sort of gentleman groom of the chambers to the first King, preceding him when in progress, and looking after the royal quarters. In this capacity, Armstrong was made a free citizen of Aberdeen, and held that freedom till his death. James must have loved him, at one period; for despite his hatred of tobacco, he granted a patent to Archie for the manufacture of tobacco pipes. The fool, moreover, gained no trifling addition to his salary, in bribes administered to him for presenting petitions, even those of recusants; at which last, however, James was not so well pleased as he was with Archie’s jokes. The position of Armstrong, who was on most familiar terms with his second master, Charles, is significantly indicated by his demand, when appointed to accompany that Prince to Spain. He claimed to have the service of an attendant, the same as was awarded to the gentlemen of the royal suite. The claim caused a tumult among the gentlemen in question, and Archie was fain to go abroad in less state than he thought became him. In the gloomy days that succeeded, the fool raised laughter at court, but not such an honest laughter as used to shake the house of Charles’s brother, Prince Henry, where ‘sweetmeats and Coryat,’ that prince of non-official jesters and coxcombs, used to finish and gladden every repast. 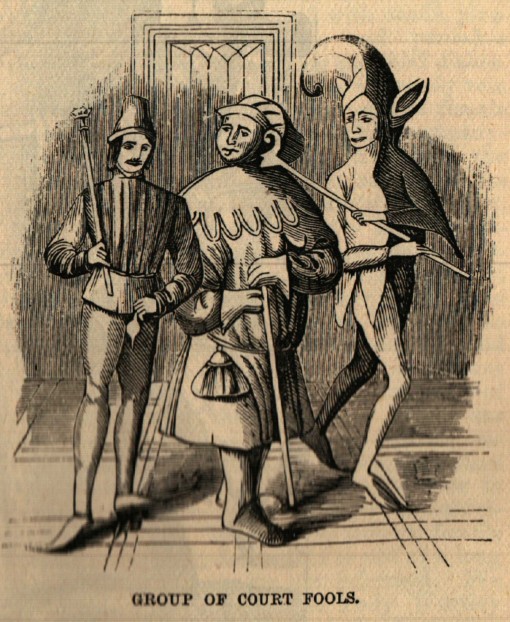 A surprise is felt that one of the Armstrongs – that border clan remarkable only for stouthreif – should have ever found his way to court, even in so equivocal a position as that of the King’s Jester. The traditionary story on this point has been thus reported to us. A shepherd with the carcase of a sheep on his shoulders, was tracked by the officers of justice to a cottage in the moorlands, where, however, they found no one but a vacant-looking lad, who sat rocking a cradle, apparently altogether unconscious of their object. Searching somewhat narrowly, they at length found that, instead of a baby, the carcase of the missing sheep occupied the cradle. No longer doubting that the rocker of the cradle was the delinquent, they seized and brought him to Jedburgh, where King James VI. had just arrived to hold one of his justice aires.

Condemned to die for his crime, Archie Armstrong – for it was he – pleaded with the king that he was a poor ignorant man – he had heard of the Bible, and wished to read it through – would his Highness please respite him till this should have been, for his soul’s weal, accomplished. The good-natured monarch granted the prayer, and Archie immediately rejoined with a sly look, ‘Then deil tak me an I ever read a word o’t, as lang as my een are open!’ James saw from this that there was humour in the man, and had him brought to court.

FOUNDER OF SWEETHEART ABBEY BURIED WITH HER HUSBAND’S HEART.

The heart of [John] Balliol was embalmed and enclosed in an ivory casket, and afterwards placed in the abbey near to the high altar. Dervorgilla died at Kempston, on 28th January, 1289, and was buried at Sweetheart Abbey, with the heart of her husband on her bosom.

Barlanark is in the parish of Shettleston. Barlanark, which answers to what is now Provand, near Glasgow, is spelt Barlangrigh and Barlangrik. It became a prebend of the See in later times. As a barony it was confirmed by Bull of Pope Adrian VI., 28th January, 1522.

Jan. 28. [1581] – A Confession of Faith was this day subscribed by the king, his household and courtiers, including Lennox, and many of the nobility and other persons, professing ‘the religion now revealed to the world by the preaching of the blessed evangel,’ and solemnly abjuring all the doctrines and practices of the Romish Church.1

1  The original of this document, commonly called the King’s Confession, is preserved in the Advocate’s Library.

JAMES VI. FREES HIMSELF FROM CAPTIVITY.

It was much more easy, for Elizabeth, to prompt her guilty faction, in Scotland, to raise a violent outcry against the association of Mary, with her son, in his government. James VI, young as he was, freed himself, on the 28th of January 1583, from the thraldom of Elizabeth’s faction, which had endured, since his insidious capture, at Ruthven castle, on the 23d of August 1582.

PILFERING OF OUR DOCUMENTED HISTORY BY EDWARD I.

‘MOURN, CALEDONIA, MOURN!’ – Conversing lately with a gentleman who has been making researches in the Border antiquities, our national feelings were aroused by his description of the havoc committed by the first Edward in his invasion of Scotland upon the archives and insignia of the country. When Edward arrived at Roxburgh Castle he had with him whole hampers of public documents, state papers, charters, burgh seals, and such like, all of which he had ruthlessly plundered as his armies passed from place to place. It might form a subject for the justice to Scotland men at this hour to institute inquiries as to what of these memorials survive. If part of them still exist, it might be a question if their concession to the original owner should not be asked. They can be very little valued where they are, and they would be preserved in Scotland as mementoes of her independence and struggle for national existence. – N. B. Mail. – ‘Dumfries and Galloway Standard and Advertiser’.