The various accidents of state, this year, were both many, and some of them memorable; the most remarkable were, that [Margaret Douglas] the Countess of Bothwell was received to the King’s favour, the 17 of November, [1592.]

“ROBERT, EARL OF NITHSDALE, owner of the barony of Mearns, in Renfrewshire, being in financial straits, wrote on the 17th November, 1639, to his kinsman and creditor, Sir John Maxwell of Nether Pollok, that he was finding unexpected “difficultie in rayseing of moneyis for the safetie of my estate from Buckclewch.”* He, therefore, begged for a futher delay in the payment of sums he owed. “You will thairby,” he said, “be the means of saveing me from that imminent ruine which for the present my estate is exposed vnto in a more fearfull maner nor euer itt was since I was maister of itt.” And he went on to say that Sir John was to calculate how many years’ rents of the Mearns estate would be necessary to wipe off the indebtedness, intimating his willingness that Sir John should draw them until he paid himself, and should have as well “the present use of my house of the Mearns.” Three days afterwards, he repeated this proposal, saying, “You sall haue the rentes of that land of Mernis till you be fullie satisfied, the annual of the toun of Edinburghe beeing first peyed.”

* U, v & w were interchangeable before spelling was regulated. The quotes in this passage are a good example of it. You’ll also notice words are pluralised with the use of “is” at the end, the “i” isn’t pronounced.

SHORTLY after the events recorded in our last chapter the battle of Prestonpans was fought, when Sir John Cope was totally defeated. The one name that stands out with credit in the Royal army is the amiable and accomplished Colonel Gardiner, who fell fighting bravely in the park before his own house. This victory determined Charles to invade England, and the good fortune which had hitherto smiled upon him continued on his first entry into England. After a brief defence the town of Carlisle fell into his hands, into which the Prince made a triumphal entry on the 17th of November, [1745]. The victorious rebels now pushed into England, but the expected rising of the Jacobites of that country did not take place, or only in such insignificant numbers as gave little encouragement or assistance to the invaders. They had no unfair Treaty of Union to stimulate their zeal, and the shadowy and romantic claim of a dethroned dynasty was not sufficient to tempt them to risk life and fortune. The march into England was equally unpopular with the rank and file of the Highland army. They were prepared to fight for their own country, but showed little inclination to invade England. On entering that country a large part of the army melted away, and, as recruits were not to be had in England, the Highlanders were compelled to retreat northwards, after having marched as far south as Derby.

The downfall of the bridge was the first difficulty with which Mr. Ross had to contend, as it cut off the only tolerable communication with the city; so there stood the theatre on the lonely slope, no New Town whatever beside it; only a straggling house or two at wide intervals; and the ladies and gentlemen obliged to come from the High Street by the way of Leith Wynd, or by Halkerston’s Wynd, which, in the slippery nights of winter, had to be thickly strewn with ashes, for the bearers of sedan chairs. Moreover, the house was often so indifferently lighted, that when a box was engaged by a gentleman he usually sent a pound or so of additional candles.

Owing to these and other reasons Mr. Ross had two unsuccessful seasons. “The indifference of the company which the manager provided,” says Arnot, “gave little inducement to people at the expense of such disagreeable access to visit his theatre; but he loudly exclaimed in his own defence that good performers were so discouraged by the fall of the bridge that they would not engage with him, and his popularity not being equal to his merit as an actor, but rather proportioned to his indolence as a manager, he made but an unsuccessful campaign. The fact is,” adds Arnot, and his remark suits the present hour, “Edinburgh does not give encouragement to the stage proportionable to the populousness of the city.”

Losing heart, Mr. Ross leased the house for three years to the celebrated Samuel Foote, patentee of the Haymarket Theatre, at 500 guineas per annum, and he was the first great theatrical star that ever appeared on the Edinburgh stage. Co-operating with Messrs. Woodward and Weston, and a good company, he opened the house for the next season, and, after paying the proprietor his rent, cleared £1,000. He opened it on the 17th of November, 1770, with his own comedy, entitled, The Commissary. “The audience was numerous and splendid, and the performance highly relished. The plays are regularly continued every Monday, Wednesday, and Saturday.”1

A gentleman who makes a conspicuous figure in the proceedings against the people, is law-agent of Mr. Anderson, the lessee, from whose property the poor crofters were to be ejected; and C—l, the first officer sent to Durness, was employed by them. This C—l was an unqualified officer, but used as a convenient tool by his employers, and it was actually, as I am assured, this man who advised or suggested to the poor women and boys, in absence of the male adults, to kindle the fire, and lay hold on him, and compel him to consign his papers to the flames! – acting doubtless under the directions of his employers.

The next emissary sent was unqualified officer; qualified by having served an apprenticeship as a thief-catcher and w— chaser in the police establishment of Edinburgh, who, when he came in contact with the virtuous Durness women, behaved as he was wont to do among those of Anchor Close and Halkerston’s Wynd; and I am sorry to say some of the former were inhumanly and shamefully dealt with by him. – See Inverness Courier of 17th November [1841]. And here I am happy to be able in a great degree to exonerate that journal from the charge brought against it in former letters. The Editor has at last put the saddle on the right horse – namely, his first informers, the advisors and actors in the cruel and vindictive proceedings against the poor victims of oppression. 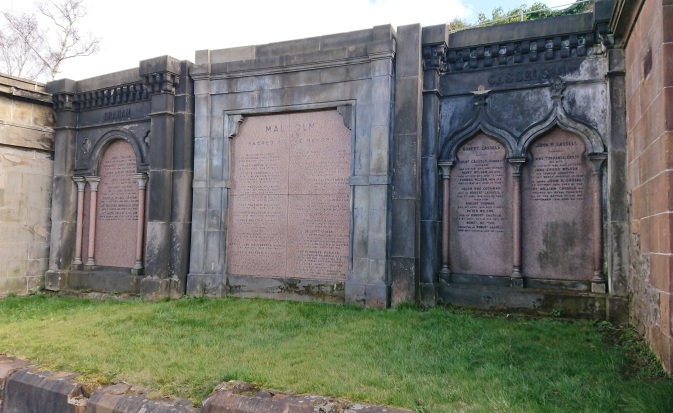 FELL AT THE BATTLE OF THE ANCRE

One thought on “17th of November”